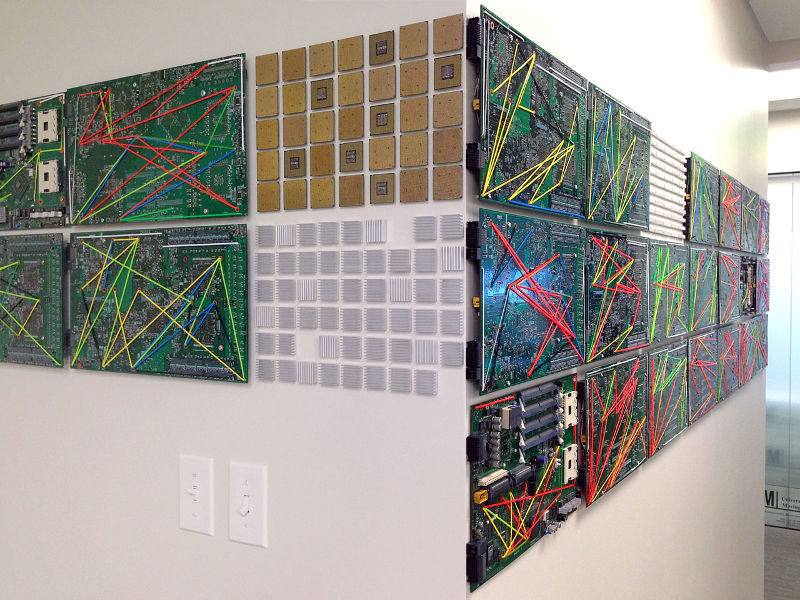 Tens of motherboards from a decommissioned supercomputer were going to be thrown out (responsibly). Sawsan imagined a better use for them.

A few months later, Data Hall was installed. 62 motherboards had been dissected and arranged in this beautiful mural paying homage to the supercomputer that once worked so hard at data crunching. The coloured threads denote the types of data that were analysed through its lifetime.

There are points at which art and science converge: this is one visual representation of that convergence.